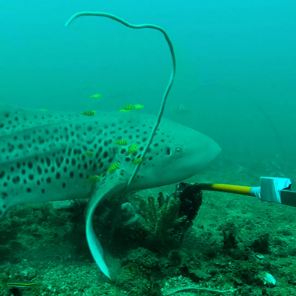 UWA and BHP have formed a collaboration with the objective of investigating the potential biodiversity and societal benefits of restricted access marine areas, where some fishing activities are limited. In this project we will compare restricted areas around operational offshore oil and gas infrastructure with those located in marine parks.

The recent report produced by the Intergovernmental Science-Policy Platform on Biodiversity and Ecosystem Services (IPBES 2019) report, highlighted that we are facing the loss of large parts of global biodiversity, including more than 1 million species, in the next 15 years. The continued loss of biodiversity undermines ecosystems and, ultimately, human well-being and survival. The report found overwhelming evidence that human activities are behind nature’s decline. These activities include climate change, pollution, and overfishing.

Active oil and gas facilities in the offshore environment have a defined cautionary areas surrounding them, typically with limitations on access. Restrictions on access to these subsea development areas can exist for decades, potentially protecting associated fish and biota from fishing and other disturbances and potentially creating the same biodiversity conservation value as found in no-take zones in marine parks. Researchers rarely gain access to these “de facto” no-take zones due to safety and operational concerns. Directly comparing fish and biotic assemblages around and on offshore infrastructure, outside and inside de facto no-take areas, with nearby no-take and open-access areas in natural environments within marine parks (e.g. Ningaloo Marine Park) will increase our understanding of the role of offshore infrastructure and no-take and/or restricted access areas in biodiversity conservation, particularly for globally rare and protected marine species.

Uniquely, this UWA-BHP research collaboration will enable information about fish populations and benthic habitats to be collected from within the cautionary area of operational oil and gas infrastructure.